$6.25 plus a $3.75 shipping fee. Offer valid only in the US. For international orders, please contact us. 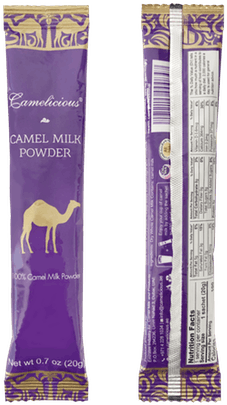 $6.25 plus a $3.75 shipping fee. Offer valid only in the US. For international orders, please contact us.

What is Camel Milk? 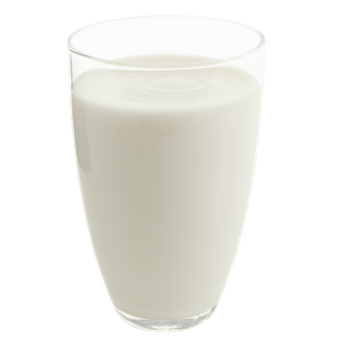 Camel milk has been consumed in some parts of the world, such as the Middle East, North Africa and Asia, for centuries. It’s only recently gained popularity outside of those regions and is known for its high nutritional value.

Camelicious is nutrient-packed, naturally produced camel milk sold in single-serve packets that contain 20 grams of powder. Just add a packet to 8 ounces of water to make sweet, creamy and healthy camel milk. Or, add a packet to your smoothies for a powerful boost of nutrition.

As an authorized seller of Camelicious in the US, our goal is to introduce a newly discovered superfood to the American diet. That’s why we’re offering this introductory deal, which includes two packets of Camelicious discounted more than 20 percent.

What People Are Saying About Camelicious

Dr. Abbe Keen has a 23-year-old male patient who was diagnosed as autistic at 2 years old. Dr. Keen shares how she feels about Camelicious camel milk.

Dr. Leanne Fuchs shares her experience of how Camelicious camel milk is helping a young patient of hers.

Dr. Martha Hall takes Camelicious camel milk herself and has introduced it to her family. She shares the results she has seen for herself and for her mother.

Kajal Patel shares her experience using camel milk with her daughter and some of her child patients with special needs.

Betsy’s 7-year-old daughter is high functioning autistic. She saw changes in her daughter’s level of affection, her attention span and her communication skills. 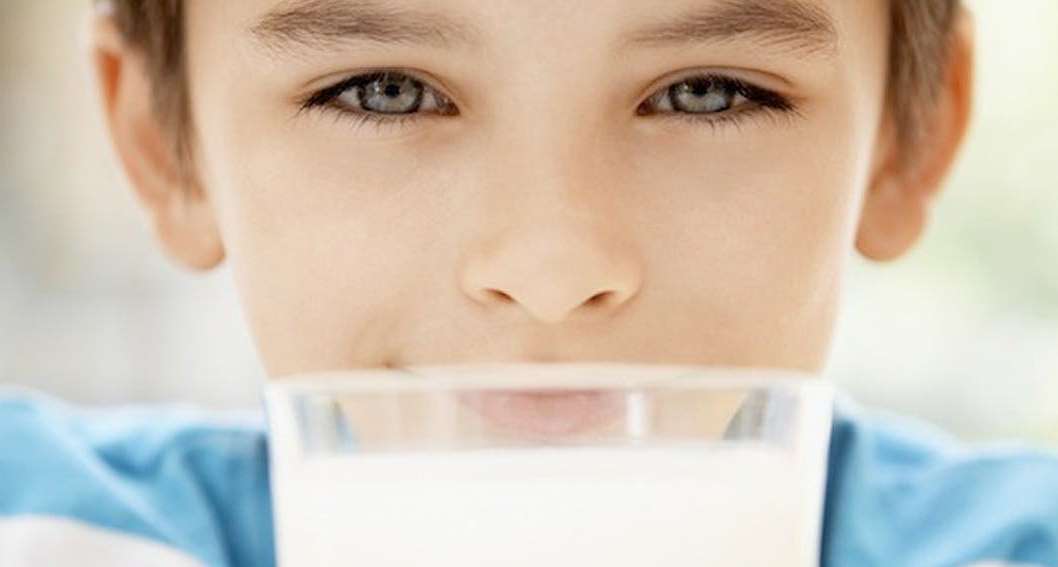 What Makes Our Camel Milk Different?

Our drying process involves no heat, which preserves the natural nutrients contained in the milk. This is also what gives Camelicious its natural color, flavor and consistency. 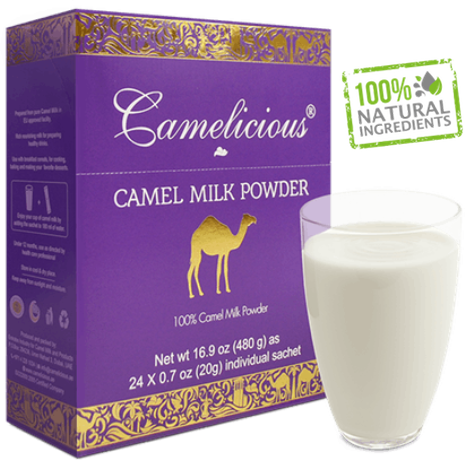 Our drying process involves no heat, which preserves the natural nutrients contained in the milk. This is also what gives Camelicious its natural color, flavor and consistency.

Get 24% Off Camelicious With Our Introductory Offer.

Why Camel Milk is a Superfood

Camel milk is a good source of protein and carbohydrates, it has approximately 50 percent less fat than cow’s milk and it has a high percentage of Omega-3 unsaturated fatty acids. It also has a ton of natural Vitamin C and it has more calcium than other types of milk.

Camel milk is nearly biologically identical to human milk, making it easy to digest. It also contains a wide range of probiotics, which benefit the good bacteria in your gut.

GREAT FOR YOUR IMMUNE SYSTEM

Camel milk DOES NOT include two of the most common allergenic proteins contained in cow’s milk, which makes it perfect for anyone who has a dairy allergy or who is lactose intolerant.

Camel milk contains an insulin-like protein, so it does not significantly impact your blood sugar level 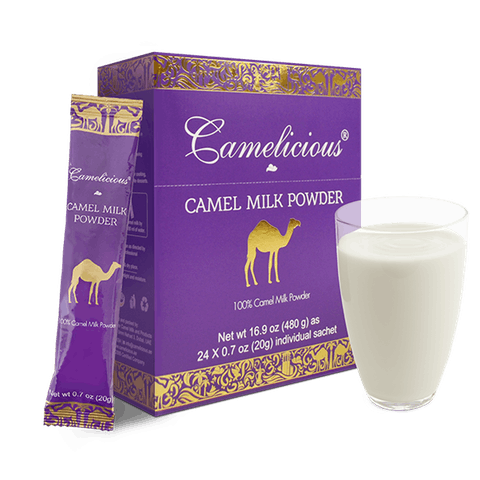